Chinese Herbal Medicine Is a Safe Approach to Treat Disease 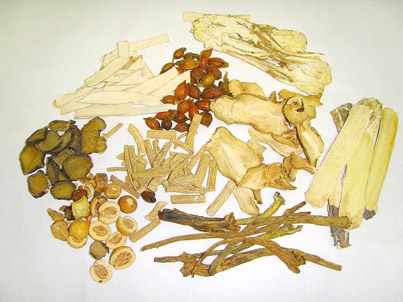 Chinese herbal medicine is one of the components of Traditional Chinese medicine (TCM). TCM has been in existence for over 5,000 years. During this time, people have experimented with it and passed their knowledge from generation to generation. Over 2,000 years ago, Chinese medicine had been documented in written form including the experiences and findings to guide Chinese doctors to practice up to today. The current state of Chinese medicine is based upon testing, experience and massive practice on the human body over these thousands of years.

Chinese herbs which we prescribe for patients are naturally non-toxic and very safe for use when prescribed correctly. Any herbs that are toxic to our bodies were excluded from TCM a few thousand years ago. However, for some herbs, which are highly effective in treating certain diseases (that could toxins), Chinese ancestors found ways to prepare those herbs to reduce and eliminate the toxic effect before they can be used in remedies.

Chinese herbs are rarely used individually by themselves. Chinese herbalists combine (compound) the herbs to create a remedy. The compounded herbs will give a remedy an increased effect and eliminate any possible side effects of individual herbs being used by themselves.

The Chinese civilization has survived in part due to this great medicine. Now, Chinese herbal medicine has been spread out and practiced all over the world. It is a great gift to all human beings. It is only a matter of time before people will open their minds to experience the remarkable effects of Chinese medicine. I hope you are the next one to benefit from this ancient medicine. You will not regret it and wonder why you did not try it earlier.

Chinese Herbal Medicine is a Mystery to Most of Us
November 6, 2021
Articles & Blogs
Blog Categories
Go to Top